The City of Jersey City, Mayor Steven Fulop, the Municipal Council Members and the Office of Cultural Affairs are proud and honored to celebrate the African American History Month during the flag raising on Monday, February 8, 2021.

Black History Month is an annual observance originating in the United States, where it is also known as African American History Month. It was first recognized in 1976 as an expansion of Negro History Week, which was first established in 1926 by Dr. Carter G. Woodson. In February 1969, Black History Month was first proposed by black educators and the Black United Students at Kent State University. The first celebration of Black History Month took place at Kent State one year later, from January 2 to February 28, 1970. In 1976, the celebration expanded to include the entire month of February, the birth month of Abraham Lincoln and Frederick Douglass, an American social reformer, orator, writer, and statesman. 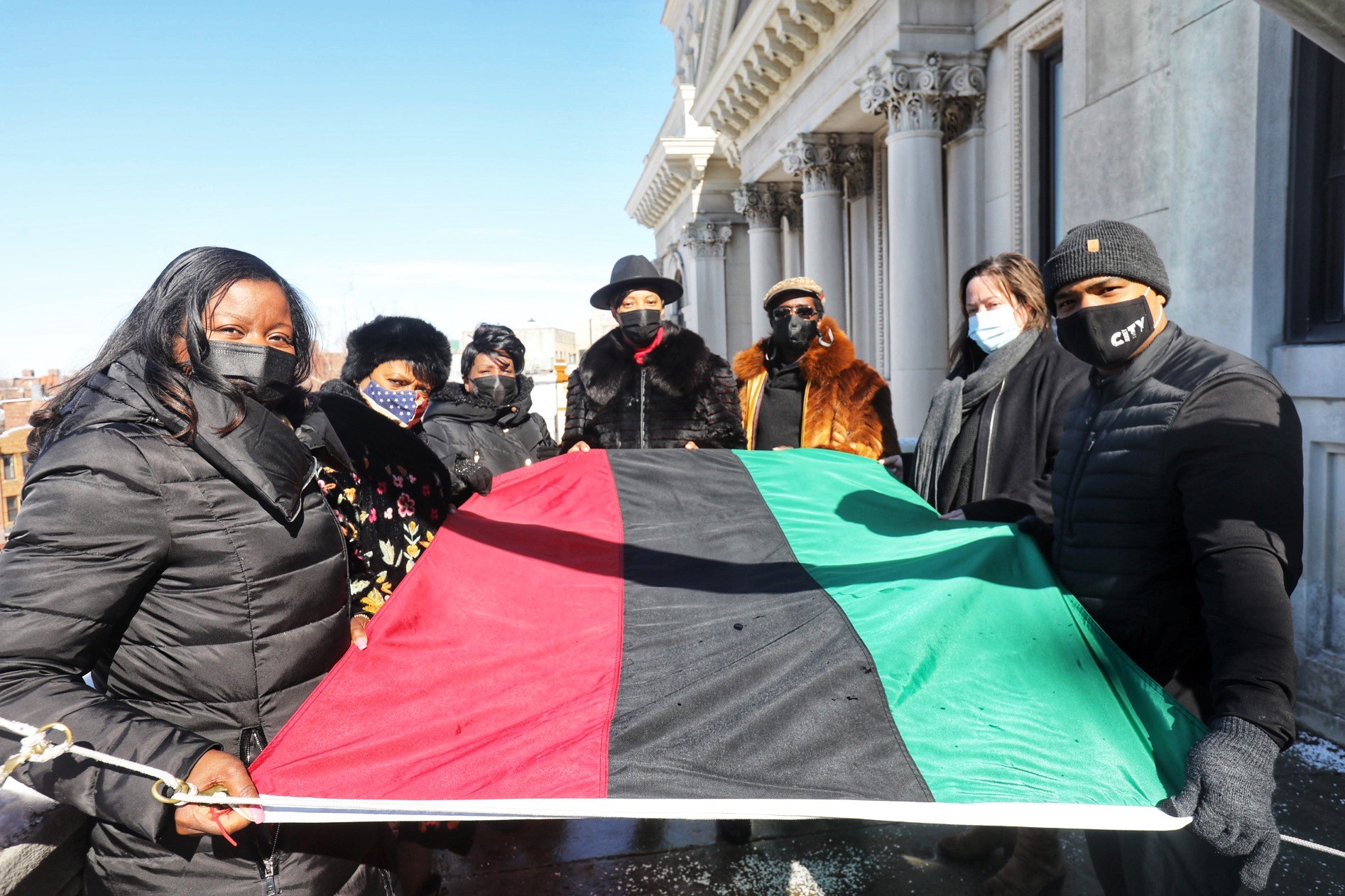