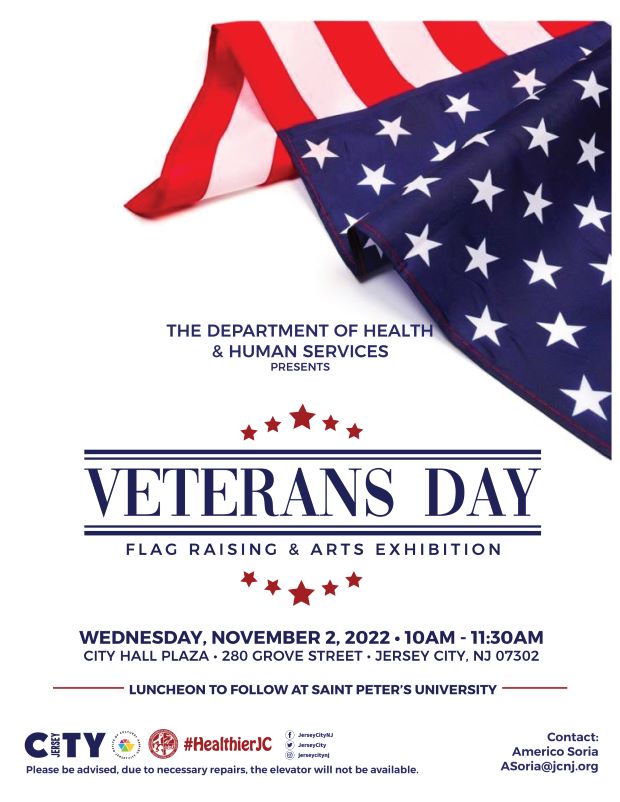 The City of Jersey City, Mayor Steven Fulop, the Municipal Council Members, the Division of Veterans Affairs and the Office of Cultural Affairs of the City of Jersey City  are proud to recognize and honor the men and women who have served selflessly and honorably in World Wars I and II, in Korea, Vietnam, the Persian Gulf, Afghanistan, Iraq and all the theaters of combat around the world during the flag raising held on Wednesday, November 2, 2022.

As proud Americans, it is our patriotic duty to uphold the founding principles for which Veterans have fought and died, by working for peace, freedom, and security. We must also preserve their legacy so that their service and sacrifice may be taught to future generations of Americans. We must renew our promise to support our troops, their families, and our Veterans for their unwavering devotion which inspires us all, as they reflect the best of America.

The City of Jersey City highly commends Jersey City Veterans and Heroes Parade Committee and Jersey City Veterans Task Force through Jersey City’s Division of Veterans Affairs.  At the Annual Jersey City Veterans Commemoration, there will be a wreath laying and a program to be held at noon at Dickinson HS Veterans Memorial Hill joined together with all Americans in saluting the men and women of the United States Army, Marine Corps, Navy, Air Force, Space Force, Coast Guard and the Merchant Marines 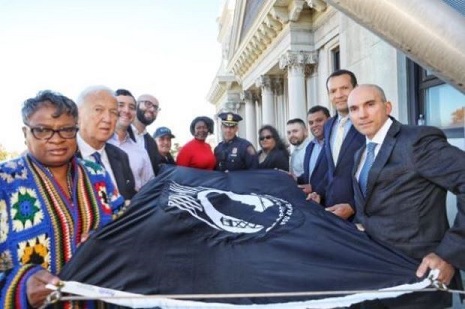