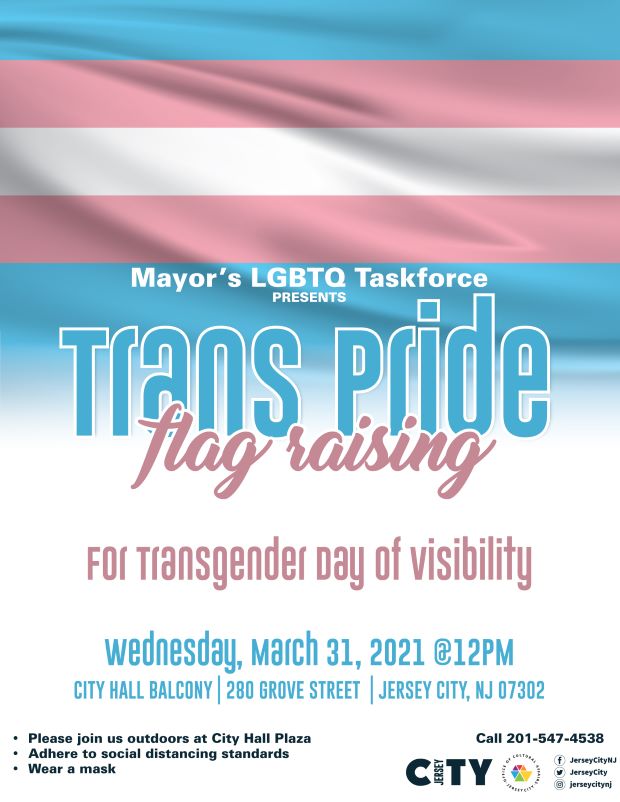 The City of Jersey City, Mayor Steven Fulop, Office of The Municipal Council, Office of the Cultural Affairs and the Mayor’s LGBTQ+ Taskforce were honored to present the 1st Trans Pride Flag Raising for Transgender Day of Visibility held on Wednesday, March 31, 2021.

As one of the most diverse cities in the country, the City of Jersey City aims to provide equal opportunity to all of its diverse employees, residents, and businesses. In support of this aim, the Mayor’s Taskforce on Lesbian, Gay, Bisexual, Transgender Equality, together with other City officials held a meeting with the Legislative Counsel for State and Municipal Advocacy of the Human Rights Campaign (HRC) on April 26, 2013.

The transgender community, organizations, and individuals are widely represented by the transgender pride flag that consists of five horizontal stripes.  Two light blue which is the traditional color for baby boys, two pink for girls, with a white stripe in the center for those who are transitioning, who feel they have a neutral gender or no gender, and those who are intersex. The flag was designed by American trans woman Monica Helms in 1999. 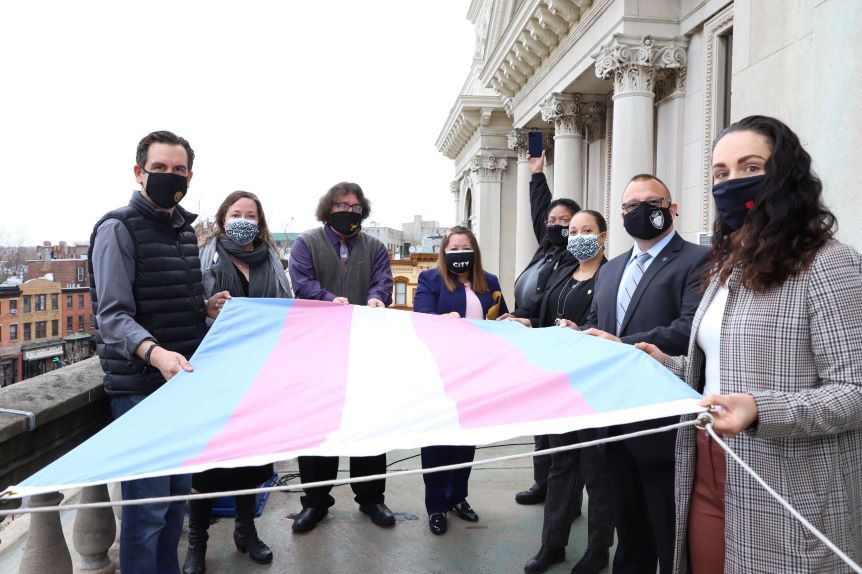 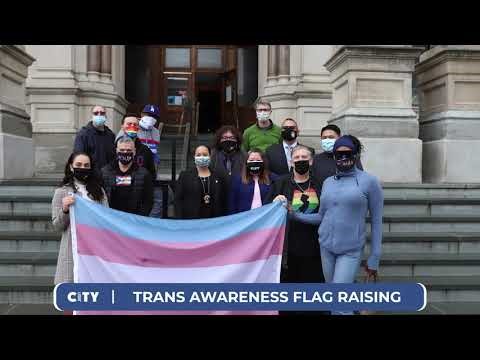 The Whole Spectrum Autism Foundation is a New Jersey nonprofit organization that promotes Autism acceptance, encourages community inclusion, and advocates for families seeking help with their children, especially adults who have aged out of existing schools and programs.

Autism, or autism spectrum disorder (ASD), refers to a broad range of conditions characterized by challenges with social skills, repetitive behaviors, speech and nonverbal communication. According to the Centers for Disease Control, autism affects an estimated 1 in 54 children in the United States today. Fostering worldwide support annually, World Autism Awareness throughout April will focus on sharing stories and providing opportunities to increase understanding and acceptance of people with autism.

The night time “Light it Up Blue” campaign held in Newark Pedestrian Plaza, Jersey City for the last 6 years calls for people to wear blue to promote autism awareness. Blue is also the organization’s primary color, and is associated with a calm feeling and acceptance in an otherwise loud and busy world for people on the spectrum.

We urge all residents of the City of Jersey City to educate themselves about the needs and challenges facing those with Autism Spectrum Disorders and to celebrate the unique talents and skills of people with special needs. 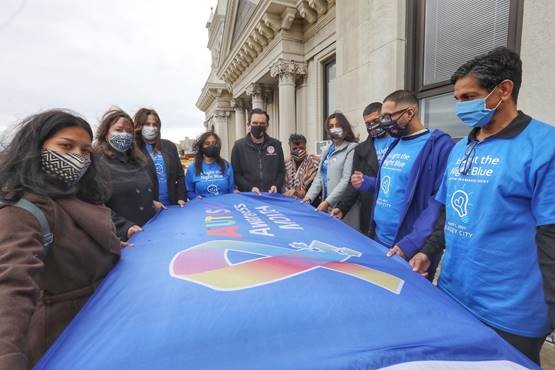