The State of Palestine Flag Raising 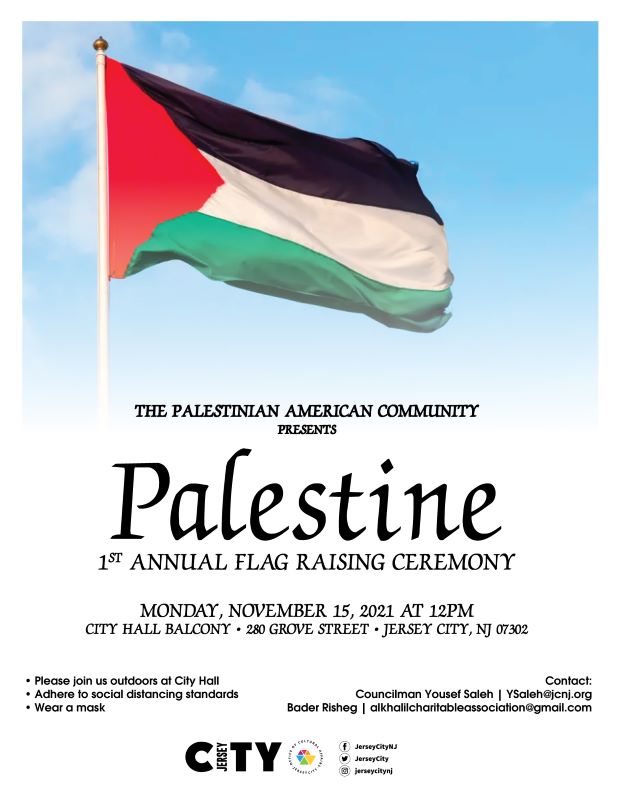 The City of Jersey City, Mayor Steven Fulop, Office of the Municipal Council and Office of the Cultural Affairs are proud to recognize the Palestinian American Community and the Palestinians on its 1st Annual Flag Raising Ceremony to celebrate on Monday, November 15, 2021.

Palestine, officially recognized as the State of Palestine by the United Nations and other entities, is a de jure sovereign state in Western Asia. On November 15, 1988, the Palestine National Council, the legislative body of the Palestine Liberation Organization (PLO), issued the Palestinian Declaration of Independence. The announcement was made by late Palestinian leader Yasser Arafat from Algeria.

The State of Palestine has been recognized by 138 of the 193 UN members on December 15, 1988 and since 2012 has had a status of a non-member observer state in the United Nations. Palestine is a member of the Arab League, the Organization of Islamic Cooperation, the G77, the International Olympic Committee, and other international bodies.

The Palestinian community  has directly contributed to the diversity and positive growth of Jersey City in various fields, including education, entrepreneurship, government, literature, drama, sculpture, music, food, and culture, as well as all aspects of life throughout the United States and abroad; and continues to influence our beliefs, embedded values and quest for independence.

The City of Jersey City is proud to recognize the heritage, cherished cultural and ethnic diversity of our community & our historic immigrant background. 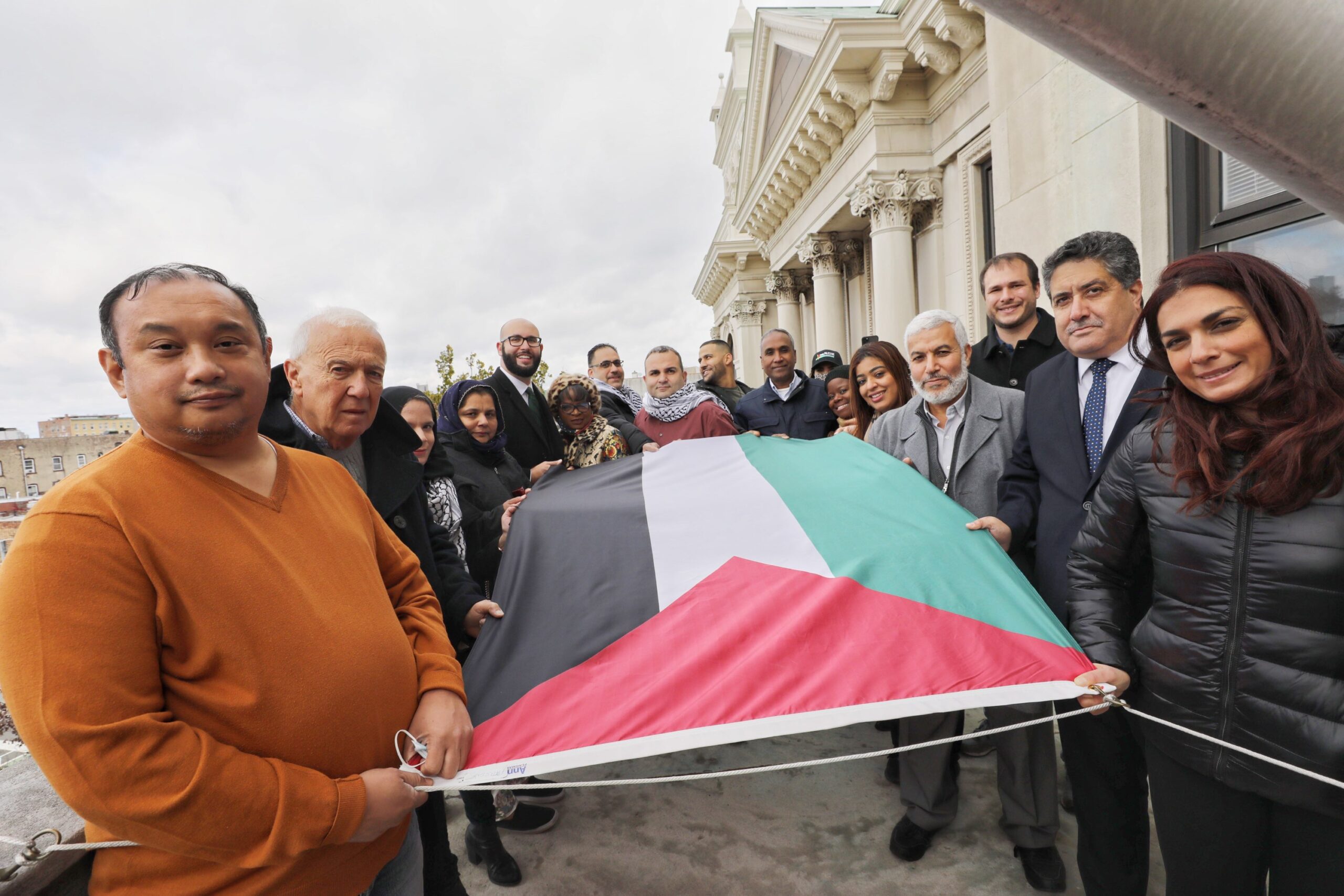