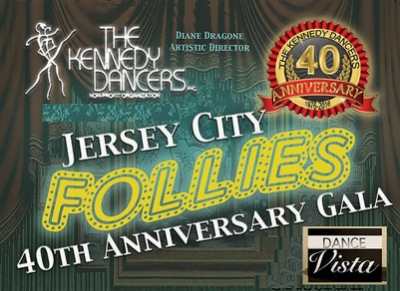 The Kennedy Dancers were established in 1976 in Jersey City and have developed into not only a Dance School, but home to their Professional Dance Company as well as the Inner City Youth Pre-Professional Dance Company. Both are featured in the performance which takes a Vaudeville theme and features the return to the stage of Hope Diamond (former Deputy Mayor-Leona Beldini) recreating her famous Burlesque Era persona.
Besides Hope Diamond and the Kennedy Dancers there are politicians galore as Senator Sandra Cunningham, Assemblywoman Angela McKnight and Hudson County Register, Diane Coleman, electrify the stage with their Dreamgirls performance.
Barbara Amato (who co-founded the Kennedy Dancers with Diane Dragone) takes the stage to recreate Mae West’s visit to the Majestic Theater in 1920’s Jersey City.

Hudson County Executive, Tom DeGise, Freeholder Bill O’Dea, former Jersey City Mayor Jerremiah Healy and former Jersey City Corporation Counsel, Sean Connelly, recreate Mayor Hague and his singing group (The No-Shows) in a rendition of “Million Dollar Baby”.
Add in Banana comics, a tribute to Josephine Baker and Carmen Miranda, as well as Public Service Gas & Electric Executive, Rich Dwyer joining Dragone and the Kennedy Dancers for a Damn Yankee tribute of “You’ve Gotta Have Art”. and you have a vaudeville show like the ones that were once produced in the Historic Loews Jersey Theater.

All in All it becomes a true DANCE VISTA Special hosted by Diane Dragone celebrating her Kennedy Dancers more than 4 decades as an enduring and admired Hudson County Arts Institution.

Besides air-times, The Kennedy Dancers Jersey City Follies, will be available on-demand at:
https://www.youtube.com/watch?v=M0ns6vsRihg 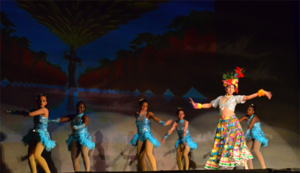 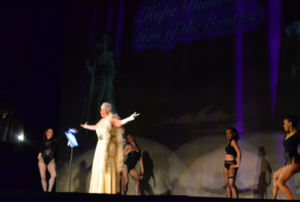 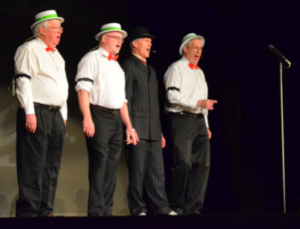