The City of Jersey City, Mayor Steven M. Fulop, The Jersey City Municipal Council, the Jersey City Office of Cultural Affairs and Speranza Theater Company are excited to present “History Alive: Votes for Women.” Please join us for a weekend of free theater at the Apple Tree House (298 Academy Street, Jersey City 07306) in celebration of the centennial anniversary of the Women’s Suffrage Movement.

This is a one-act play, written by Jennie Contuzzi. This event is intended for an audience of children and adults, ages six and up, and requires a reservation. To register for your FREE ticket, click here: https://www.brownpapertickets.com/event/4326925

About History Alive: Votes for Women:

It’s 1913, and, thousands of women gather in Washington, D.C.. They are there to call for a constitutional amendment guaranteeing women the right to vote. While the fight for suffrage has been going on for 60 years, this huge parade, spearheaded by Alice Paul and the National American Woman Suffrage Association, marks the first major national event for the movement. For a family audience of all ages, this emotional story is told from the perspective of the women who led the charge, and paved the way for the fight for equality. 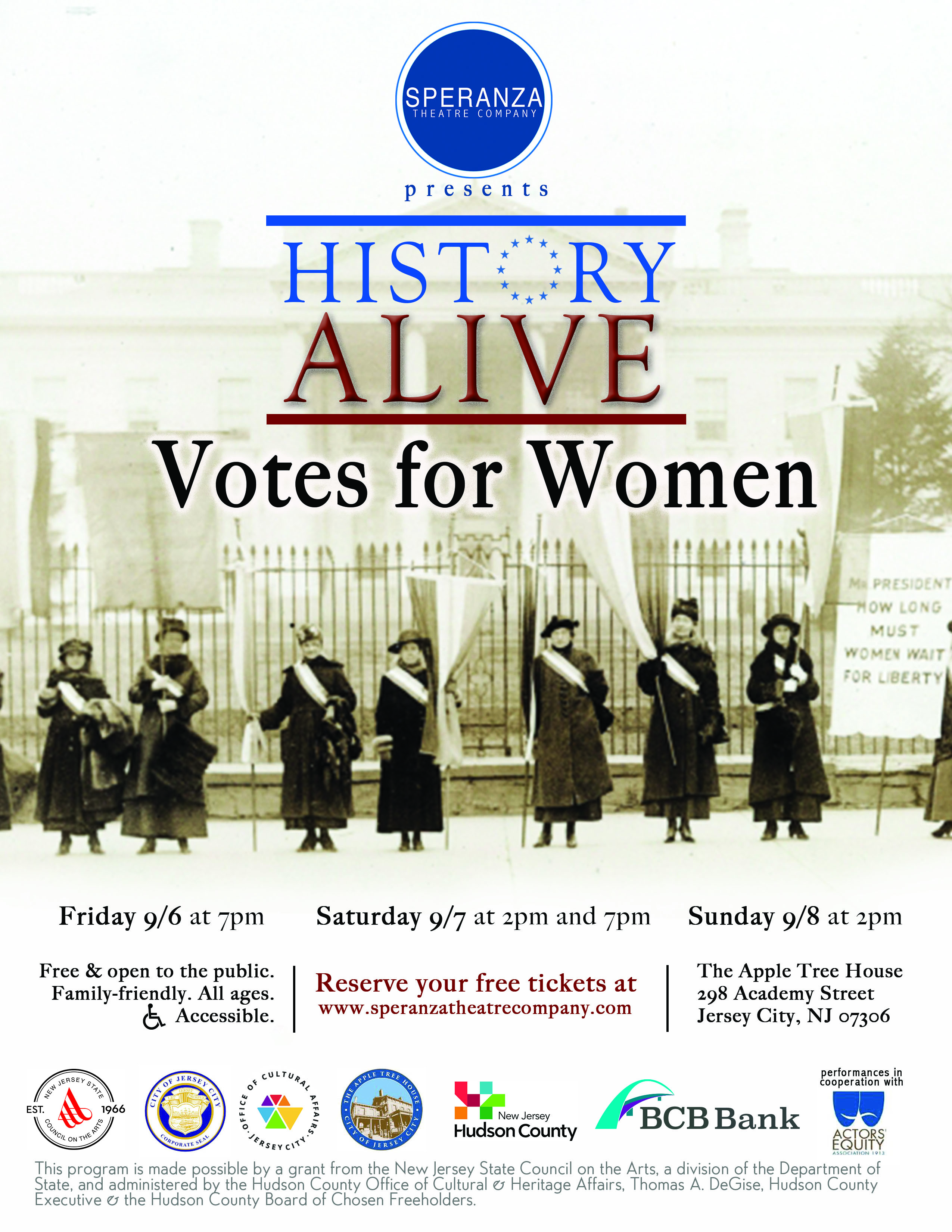 These performances are part of a 6-month series of programming at the Apple Tree House in celebration of the centennial anniversary of the Women’s Right to Vote. For more events around the Suffrage Movement, visit https://www.jerseycityculture.org/the-apple-tree-house/