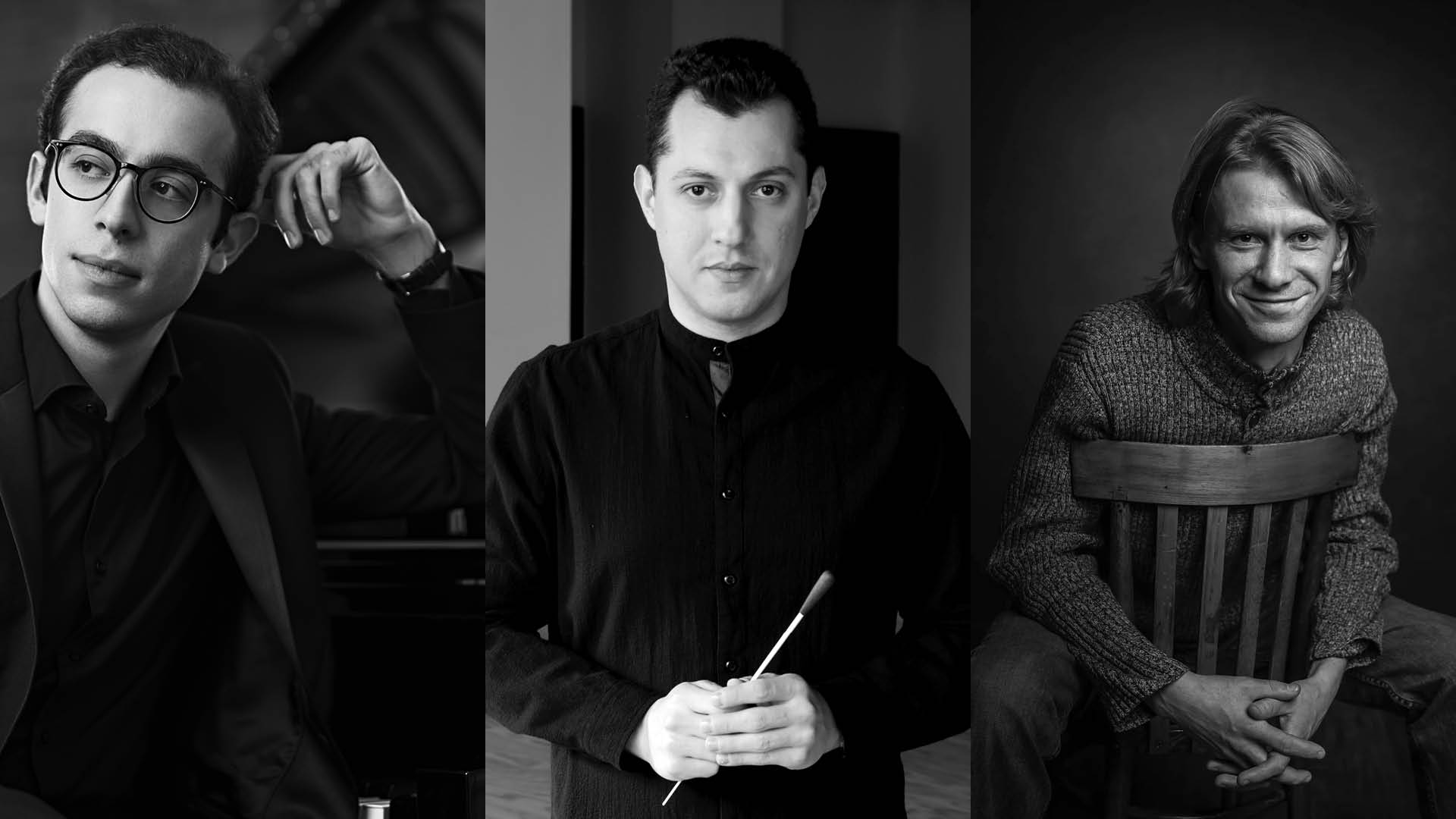 SERGEY ANTONOV, cello
Cellist Sergey Antonov enjoys a versatile career as a soloist and chamber musician. Critics throughout the world have hailed his work, and the Washington Post named him “destined for cello superstardom.” Antonov tours extensively throughout Europe, Asia, and North and South America. Antonov has collaborated with musicians from Denis Matsuev to Cynthia Phelps, and his permanent piano partner, Ilya Kazantsev.

KARÉN HAKOBYAN, conductor
Award-winning pianist and composer, Karén Hakobyan is founder and conductor of Pegasus: the Orchestra and “a musician of abundant gifts and bountiful ideas” according to the New York Concert Review.

NICOLAS NAMORADZE, piano
The Calgary Herald said of Nicolas Namoradze: “his playing was of international standard and everywhere his interpretative skills commanded attention and admiration.” Recent recitals include Carnegie Hall, the Gardner Museum, and worldwide engagements with the London Philharmonic Orchestra, Klavier-Festival Ruhr, and the Banff Centre. Namoradze holds a master’s degree from the Julliard School, and is pursuing a doctorate at CUNY.

PROGRAM
P. TCHAIKOVSKY Variations on a Rococo Theme, Op. 33 for cello and orchestra
R. SCHUMANN Introduction and Allegro Appassionato, Op. 34 for piano and orchestra
L. BEETHOVEN Symphony No. 7 in A Major, Op. 92

This event is open to the public, but entry requires advanced registration. Visit manacontemporary.com for more information.