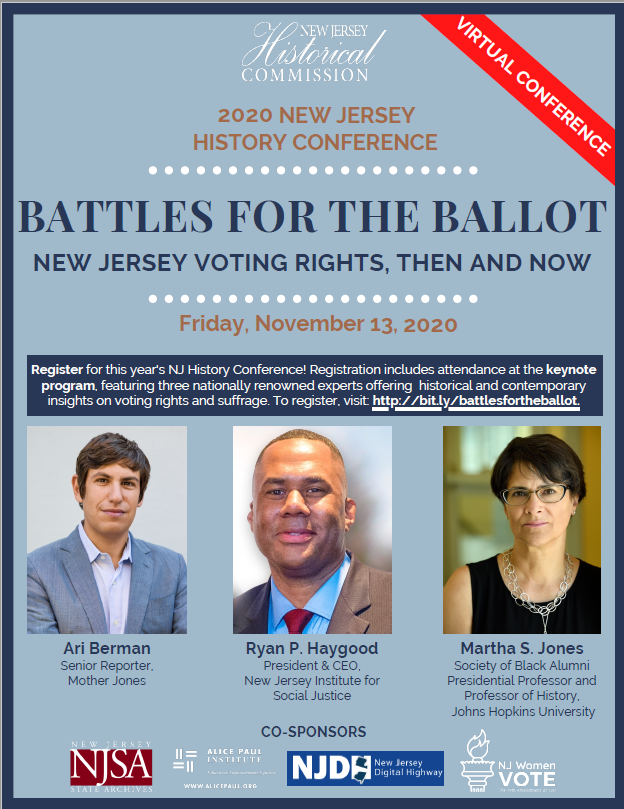 The  annual New Jersey History Conference, will be held via Zoom on Friday, November 13. This year’s virtual conference is Battles for the Ballot: New Jersey Voting Rights, Then and Now. As New Jersey marks the 150th anniversary of the 15th Amendment and the 100th anniversary of the 19th Amendment—against the backdrop of a presidential election year and a global pandemic—Battles for the Ballot will explore how the right to vote has changed over time and the meaning of participation and representation in a democracy.
This year’s conference features a keynote panel of nationally regarded experts in voting rights history and contemporary issues, a virtual book signing, panel sessions, and more. Please see the attached flyer for further information, and if you would like to register please do so by visiting this link  (students register for free!).  You may also view the preliminary conference program by clicking here.