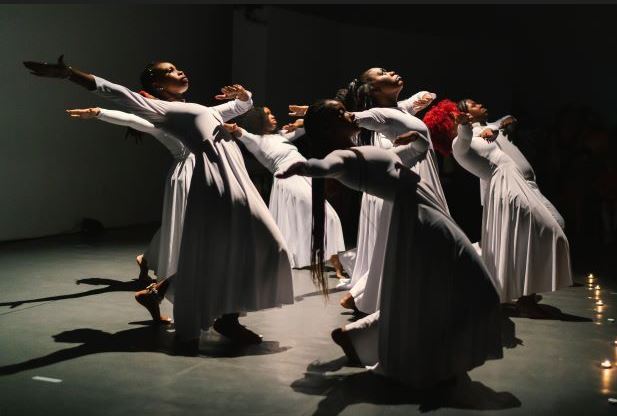 Kofago’s founder and artistic director has been serving communities in the Untied States and the global diaspora for over twenty years. The company’s dance repertoire pulls heavily from Kevin’s 20-plus years of West African dance experience.

Founded in 2015, Kofago Dance Ensemble began as a social justice project, highlighting police brutality against African American men. The first iteration of the company operated as an all male company providing dance training in traditional West African dance technique from Senegal and Mali.

The company’s first performance was at the CityDance School and Conservatory (MD, USA) with the Organization of Umfundalai Teachers “Dancing Our Africa!” performance. The piece was entitled “NAGNOU FECC – The Men Must Dance“.

Nagnou Fecc is the Wolof word for “Men Dance”. In this world where male normalcy and manhood is defined by popular (and often toxic) culture, we were looking to re-define what manhood is through the usage of traditional West African dance technique emanating from the country of Senegal. Nagnou Fecc also served as an artistic protest to the increased and rampant assault on the black male identity in America.

Kevin would relocated to New York to attend New York University, receiving a graduate degree in Dance Education. It was during that time that he began teaching in the New York City area. After the death of his father in 2018, Kevin would bring Kofago back in its current iteration, but this time, as a dance company dealing with both social justice issues and the need for healing through the performing arts. Since 2018, Kofago Dance Ensemble has created innovative works that draw from West African dance traditions and the West Indian influences of Kevin’s Caribbean heritage. The ensemble prepares their performances with a deep traditional foundation. Their repertory includes traditional dances from West Africa, Caribbean dance forms as well as modern pieces based on West African and Caribbean principles of movement and space.