Black women, Black Power and the Ballot: Perspectives from the Radical 60s 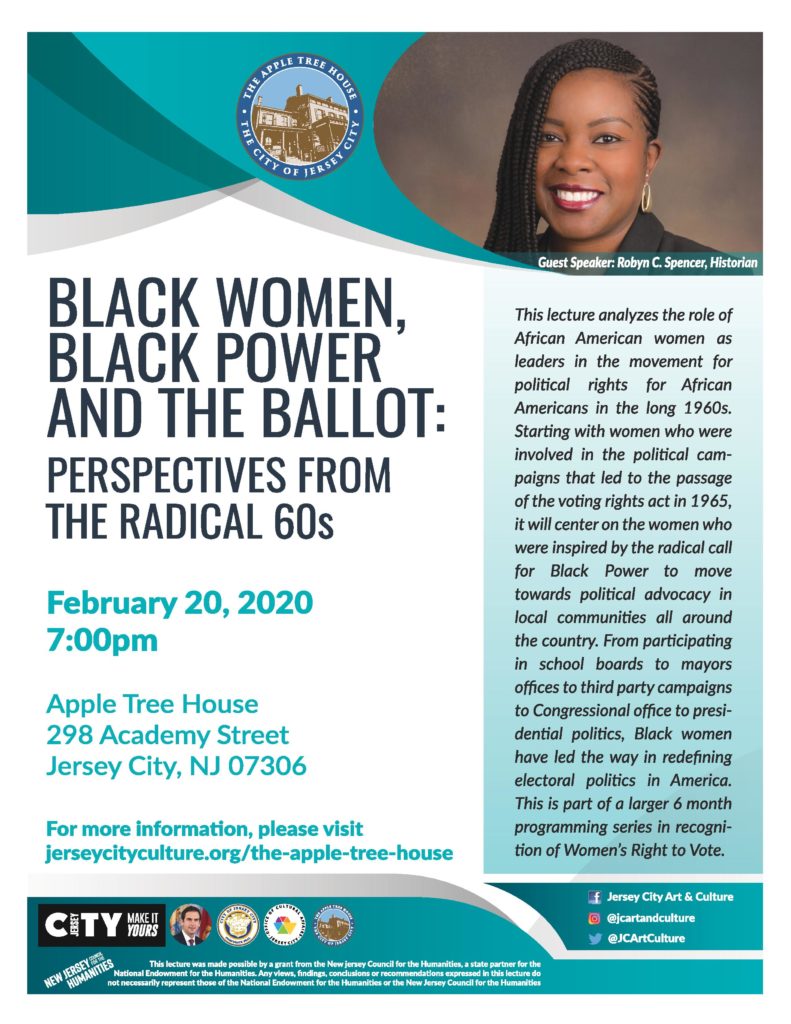 This lecture analyzes the role of African American women as leaders in the movement for political rights for African Americans in the long 1960s. Starting with women who were involved in the political campaigns that led to the passage of the voting rights act in 1965, it will center on the women who were inspired by the radical call for Black Power to move towards political advocacy in local communities all around the country. From participating in school boards to mayors offices to third party campaigns to Congressional office to presidential politics, Black women have led the way in redefining electoral politics in America.

Robyn C. Spencer is a historian that focuses on Black social protest after World War II, urban and working-class radicalism, and gender. In 2018-2 019 she was Women’s and Gender Studies Visiting Endowed Chair at Brooklyn College, CUNY and is currently an Associate Professor of History at Lehman College. Her book “The Revolution Has Come: Black Power, Gender, and the Black Panther Party in Oakland” was published in 2016. It was a finalist for the “Benjamin Hooks Institute National Book Award” sponsored by the Benjamin L. Hooks Institute for Social Change at the University of Memphis and received Honorable Mention for the Letitia Woods Brown Book Prize sponsored by the Association of Black Women’s Historians. She is working on two book projects. To Build the World Anew: Black Liberation Politics and the Movement Against the Vietnam War explores how and why the anti-imperialist struggle for Vietnamese independence became a rallying point for U.S.-based Black activists who were part of the freedom movement of the 1950s–1970s. This project was supported by a Mellon Mid-career fellowship at Yale University in 2016-2017, a Franklin Research Grant from the American Philosophical Society in 2018 and will be supported by an ACLS Frederick Burkhardt Residential Fellowship for Recently Tenured Scholars at the Institute for Advanced Study, School of Social Science in 2020-2021. She has also begun research on a biography of Angela Davis.

People can reserve seats at the Eventbrite: https://www.eventbrite.com/e/black-women-black-power-and-the-ballot-perspectives-from-the-radical-60s-tickets-94220697643