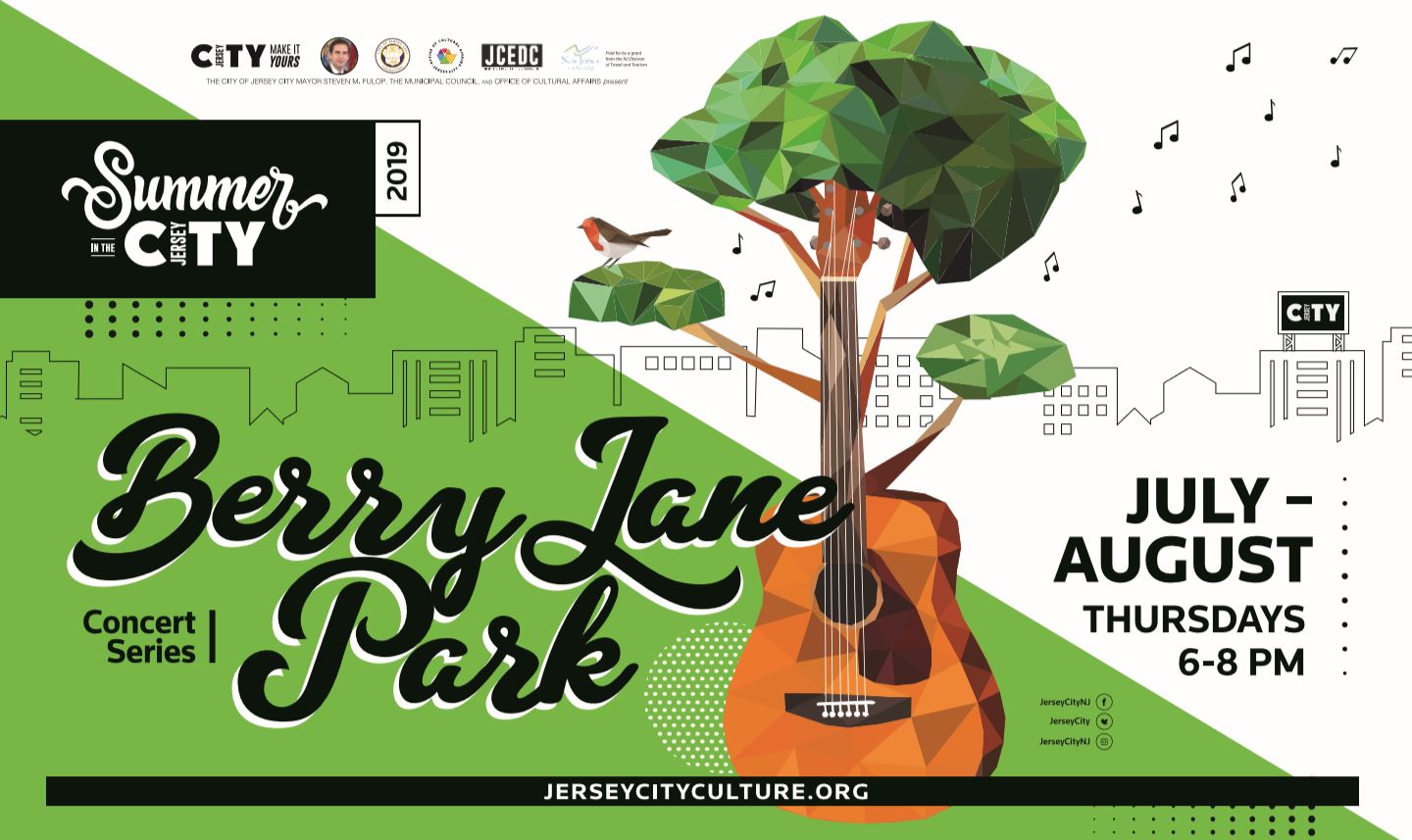 The City of Jersey City, Mayor Steven M. Fulop, the Jersey City Municipal Council and the Office of Cultural Affairs are excited to welcome back the Berry Lane Park concert series.

Part of the larger Summer in the City series, the Berry Lane Park series takes place in Berry Lane Park during the months of July and August. The Office of Cultural Affairs, in conjunction with the Friends of Berry Lane Park have curated this series to enrich the park with live music throughout the summer.

Playing piano by age four, violin by nine, Utica, NY native, Angela Johnson was encouraged by her family during her formative years as an aspiring musician through college and beyond. Upon enrolling at the State University of New York at Purchase (SUNY) as a violin major, Johnson met her future Cooly’s hot-box bandmate, Christian Urich. Together the eclectic soul and acid jazz band released records with Polygram Records and Virgin Records. Simultaneously, Johnson recorded her solo debut, They Don’t Know (2002). It’s radio hit “Ordinary Things” helped to distinguish Johnson as a woman apart.

That distinction paid off as songs from They Don’t Know (2002) and her sophomore album Got To Let It Go (2005), were licensed by HBO’s The Wire, UPN’s Kevin Hill, FX’s The Shield, and the WB’s Roswell. Johnson’s songs have also been licensed by A&E’s The Glades, HBO’s Oz,   FOX’s The Mindy Project. the Nicole Kidman film Rabbit Hole, and several songs in the film Big Words. Johnson has also appeared in a Japanese car commercial for Nissan, and a featured spot for a national TV ad campaign for AT&T with Cooly’s hot-box.

(2014), proves that Angela Johnson no longer has anything to prove to anyone ever again. In doing so, she also lets you know neither do you.

Johnson has also penned songs for artists such as Reel People, Joey Negro & the Sunburst Band, Josh Milan, Micky More, Tim Bowman, Japanese R&B superstar Double, for whom Johnson landed a 2001, Top 10, gold-selling hit, “Angel.” In 2014, Johnson had collaborated with the legendary Wu-Tang Clan member, Ghostface Killah, on his critically acclaimed, 36 Seasons album (“Love Don’t Live Here No More” and “Bamboo’s Lament”) and had the pleasure of joining him on stage to perform on the Tonight Show with Jimmy Fallon.