**THIS EVENT HAS BEEN POSTPONED DUE TO RAIN. CHECK BACK FOR RESCHEDULING UPDATES.** 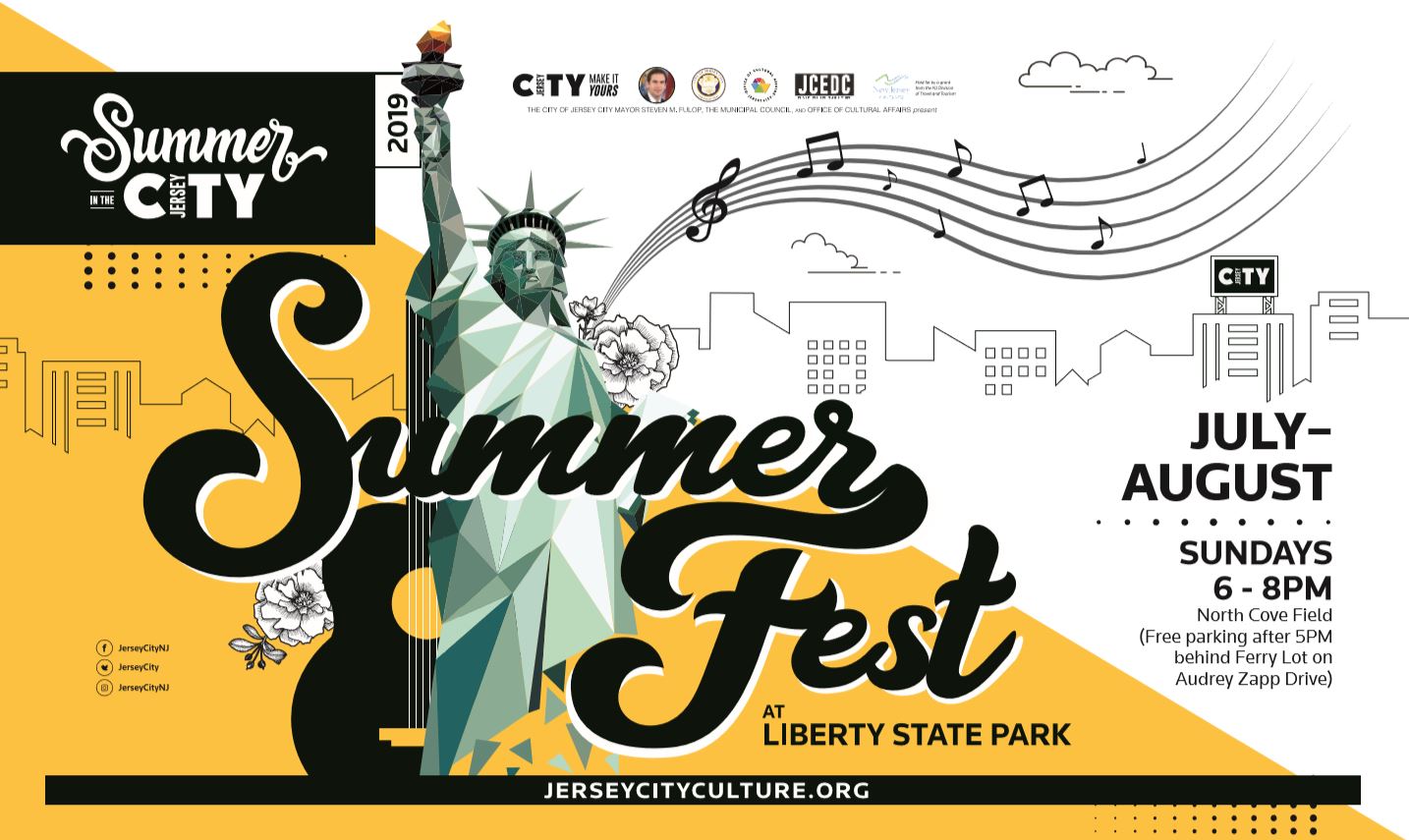 Winard Harper was born on June 4th 1962 in Baltimore, a child prodigy. Neither of his parents were musicians but a wide range of music was played at the Harper residence, exposing Winard and his siblings to various genres. With the first sign of musical talent, the Harper children were given an instrument to play and became members of their school bands. Winard in particular showed musicality and an affinity for drumming and was encouraged by his father as of the age of three to develop his percussionist skills. Older brother Danny was at that stage already a well versed trumpet player and younger brother Philip was soon to follow in Danny’s footsteps. Playing in Danny’s various bands and forrays into leadership in a trio with Reuben Brown provided the opportunity to gain ample experience and showmanship. Today Danny Harper is a consistent, prominent and honored force of the Atlanta Jazz scene and Philip Harper, a Jazz Messenger alumnus under Art Blakey, enjoys international success.

In his early teens, it was clear to Winard that he would build a career in Jazz music, especially, as legend has it, after hearing the Clifford Brown and Max Roach recording “Jordu”. From studying at the Conservatory of the University of Cincinnati and at Howard University, Winard was awarded a scholarship to study Jazz under the guidance of Jackie McLean at the University of Hartford. But soon enough he was drawn to the New York Jazz scene, where both uptown and downtown clubs were buzzing. His first gig was with Dexter Gordon, followed by engagements with Johnny Griffin and soon after, a permanent position in Betty Carter’s band. Winard Harper emerged as a much in-demand sideman and in parallel forged what would become the Jazz sensation The Harper Brothers.

By the late 80’s Winard Harper was part of the Young Lions, sharing the limelight with his brother Philip and the stellar band members of The Harper Brothers, having five much lauded albums and Billboard 100 positions to their name.

The drive to excell in the leadership role, to develop his own musical vision and to increasingly embrace elements of world music, led Winard by 1993 to form his own Sextet, recording seven albums featuring a host of special guests, true to Winard’s collaborative approach and the strong desire to showcase Jazz Greats of all ages, his heroes and heroines, he has held in high esteem.

A penchant for research into the history of Jazz, the origins of the drum and the place of the percussionist in indigenous societies induced Winard Harper’s current musical formation, the concept of the Jeli, specializing in the transmission of awareness about social and political life through music, and his Posse. Winard Harper & Jeli Posse’s latest recording “Coexist” bears witness to Winard’s passion for the cause of Jazz and his cultivation of mentoring young talents along the lines in which he himself had been privileged to receive mentorship from those who constituted the pillars of the Great American Art Form at that time.

Mayor Steven M. Fulop, the Municipal Council and the Office of Cultural Affairs of the City of Jersey City is proud and honored to recognize the Consulado de El Salvador en New Jersey and the Salvadorian Leadership United on the 199th Anniversary of El Salvador’s Independence during the Flag Raising ceremony on Thursday, September 17, 2020 at the City Hall Balcony. The American National Anthem was played first followed by the national anthem of El Salvador

The Salvadorian American community will proudly fly the flags of the United States and El Salvador high above City Hall in recognition of the cherished cultural and ethnic diversity of our community. It is also a reaffirmation of the long friendship built on common values and an abiding love for freedom. 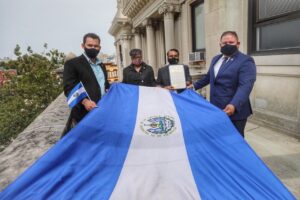 The Consulate representatives are from Left to Right –

To view the flag raising, please click on the link below
El Salvadorian Flag Raising