The first annual Double Parked Music Festival will be open free to the public at noon on October 12, 2019, in Jersey City.

Pet Shop and The Archer, two neighboring bars in downtown Jersey City, have announced that they are jointly presenting a first annual, Double Parked Music Festival, on Saturday, October 12th from Noon to 9 PM. The festival will take place on the downtown Jersey City Pedestrian Plaza (on Newark Avenue between Jersey Avenue and Barrow Street). There will be a full musical line-up, food & drink options, a vinyl record tent, and the opportunity to donate to the Liberty Humane Society.

The festival will be free to all patrons and include performances by eight musical acts and two DJs. Headlining the event will be the fantastic D.C based band Ex Hex, which features Mary Timony and Michelle May – formerly of 90’s indie supergroups, Helium and The Make-Up, respectively. Also performing will be three exciting, new Brooklyn based outfits: the noisy, art-rock band Ice Balloons (featuring Kyp Malone of TV on the Radio), garage pop-rockers, Baby Shakes, and the Winspear dream-pop band, Barrie.

Local Jersey City heroes, Crazy & The Brains, will be leading the impressive list of New Jersey-based bands on the line-up. In addition, melodic, noise-punkers Glazer, Union City’s own guitar-rock band, The Lo-Fi’s and local singer-songwriter, Sean Kiely will kick off the day. DJ’ing the event will be WFMU’s own Todd-o-Phonic Todd who will broadcast the performances from 3 – 6 PM on WFMU. Starting out the day with DJ sets will be Sound in Color, the experimental Jersey City-based DJ collective.

This event is free and open to the public. For more information, please email doubleparkedfestival@gmail.com. 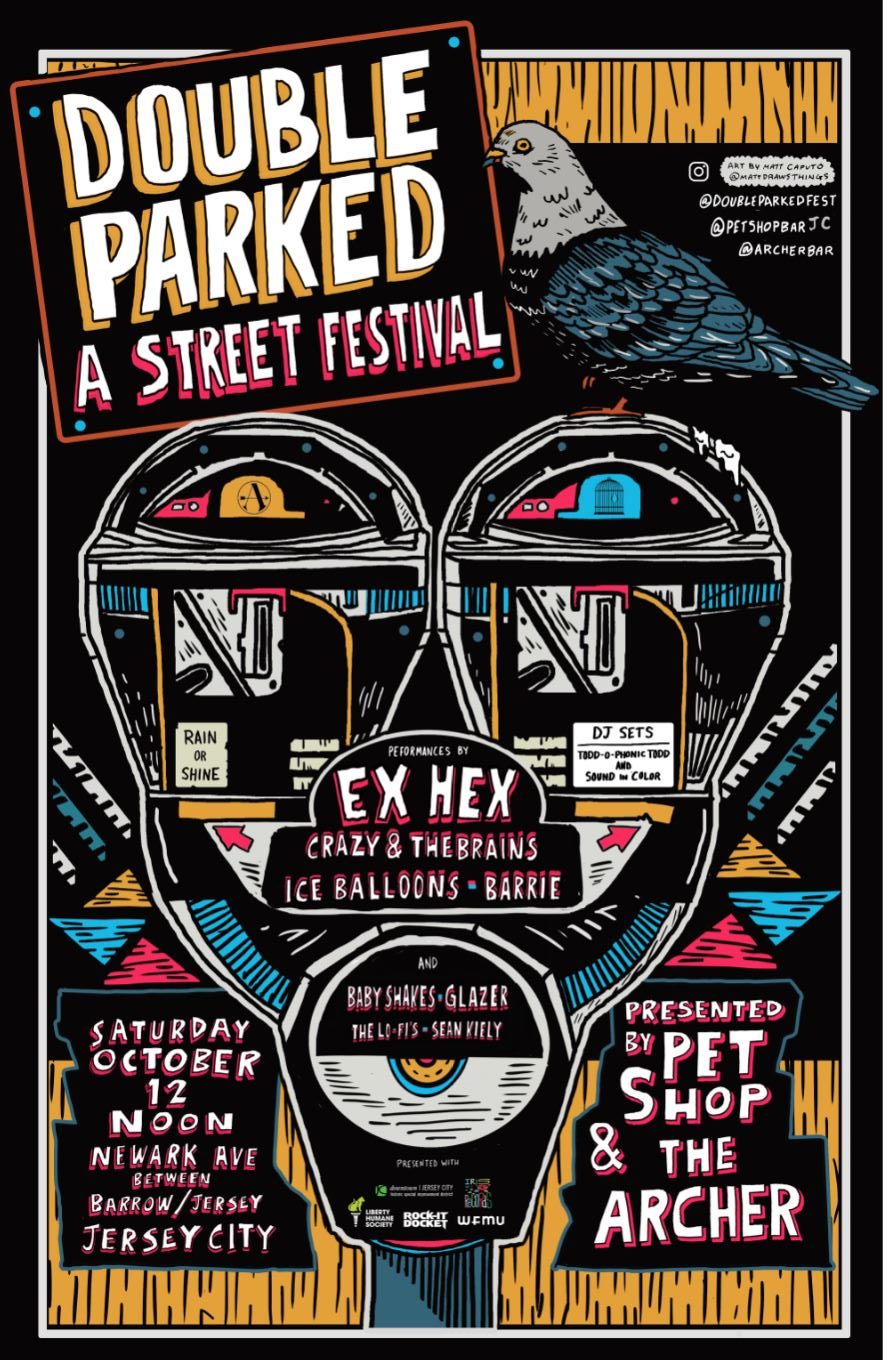