The COS Community Life Center Hosts a Holiday Bazaar 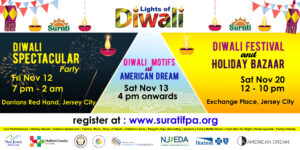 SMUSH Gallery Presents: “Alive, is a matter, of opinion” 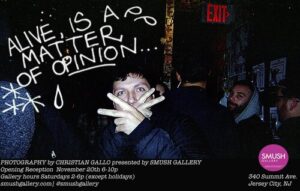 The City of Jersey City, Mayor Steven Fulop, the Municipal Council Members and the Office of Cultural Affairs were proud to recognize the Consulate General of Israel, Jewish Federation of Northern New Jersey, the Israeli American Council, New Jersey-Israel Commission and the Jewish community as we celebrate the 74th Anniversary of Israel’s Independence during the Flag Raising Ceremony on Thursday, May 5, 2022. National Anthem of both nations were played.

The United Nations General Assembly voted on November 29, 1947 to partition the British Mandate of Palestine in order to create the State of Israel. It was not until May 14, 1948 during the 5th day of Iyar in Hebrew calendar, that the leader of Mapai and head of Jewish Agency Chairman David Ben-Gurion proclaimed the State of Israel the day before the British Mandate was due to expire establishing the first Jewish state in 2,000 years.

Upon declaring independence, the Arab-Israeli War of 1948 broke out when five Arab nations of Egypt, Jordan, Syria, Lebanon, and Iraq armies invaded the newly declared Jewish state, beginning what became known as Israel’s War of Independence. The State of Israel successfully defended its sovereignty and triumphed after nearly 15 months of war. David Ben-Gurion, Zionist statesman and political leader, became Israel’s first prime minister. The position became permanent on 8 March 1949, when the first government was formed. The Israeli flag which depicts a blue Star of David between two stripes of blue continues to serve as a reminder of the Israel’s struggle for freedom, democracy and dignity that they so bravely fought for and the peace they strive to maintain.

The City of Jersey City and the Israeli community will proudly fly the flags of the United States and Israel high above City Hall in recognition of the cherished cultural and ethnic diversity of our community. It is also a reaffirmation of the long friendship built on common values and an abiding love for freedom. 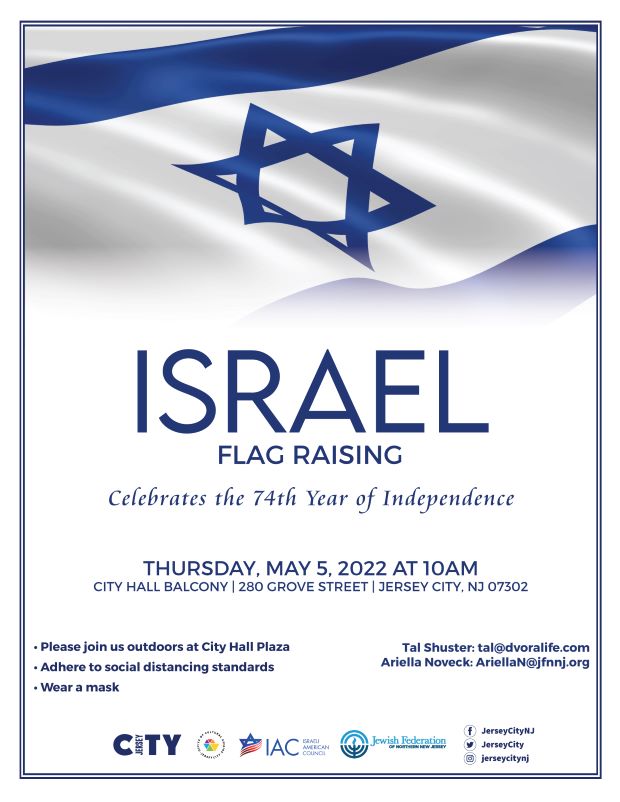 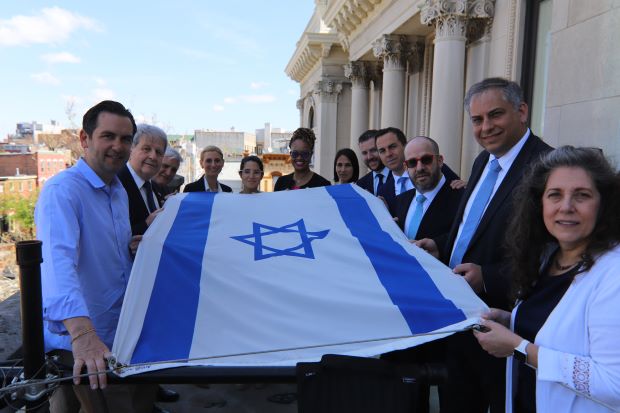