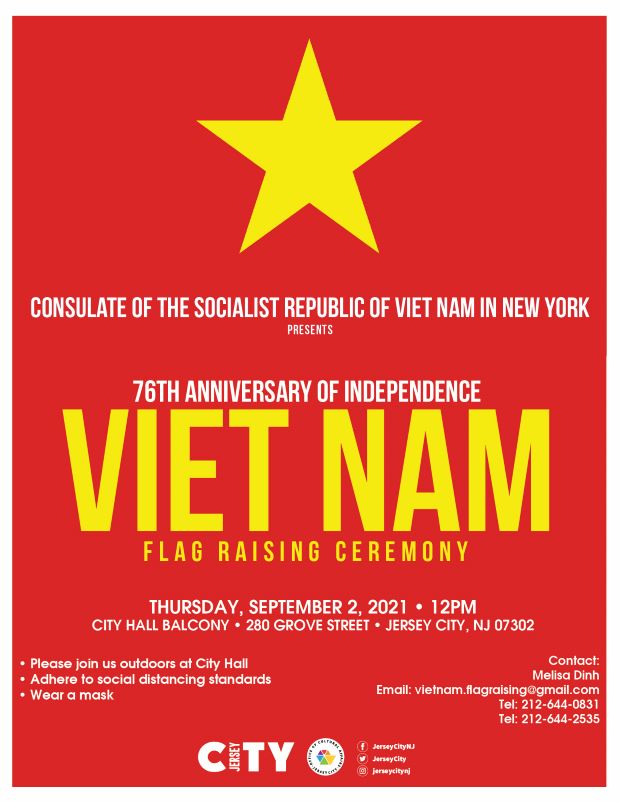 The City of Jersey City, Mayor Steven M. Fulop, Office of Municipal Council and Office of Cultural Affairs are proud to recognize the Consulate of the Socialist Republic of Viet Nam as we celebrate the 76th Anniversary of  Independence during the 1st Flag Raising Ceremony on Thursday, September 2, 2021.

Viet Nam is located in a region considered a cradle of mankind, one of the earliest agricultural centers practicing wet rice farming, where the stone and metallurgical revolutions took place. On the basis of socio-economic development in the Dong Son Era and given the struggle against natural disasters and foreign invasion, the Van Lang State, the first State in Viet Nam was established in the 7th century B.C. With their hard work and creativeness, the Van Lang (and then Au Lac) inhabitants created a civilization that influenced the entire Southeast Asian region. Together with the formation of the first State in Viet Nam’s history was the evolution of a diverse economy and an advanced civilization known as the Red River Civilization (or Dong Son Civilization), symbolized by Dong Son bronze drum, a heritage reflecting the quintessence of the lifestyle, traditions and culture of the ancient Vietnamese people.

Throughout the formation and development of Viet Nam, patriotism, self-reliance, tradition of unity and the willpower to fight for the righteous cause of the nation are the most important features and the moral standards of the Vietnamese. The tradition of industriousness, creativeness and patience originates from the life full of hardship of the Vietnamese people. The need to stand united to cope with difficulties and challenges has created close bonds between the people and the nature and among the people, which can be observed in the family as well as the community no matter at home, village or nationwide level. Throughout history, the Vietnamese people are also characterized by traditions of mutual assistance, ethic-based lifestyle, benevolence, hardship sharing in needy times, high consensus, quick adaptation and integration, flexible behavior, eagerness to learn, respect for righteousness, and tolerance. These are the powerful and endless endogenous strengths for the Vietnamese people to embark on the cause of national construction towards the goals of strong country, prosperous people, and just, democratic and advanced society. 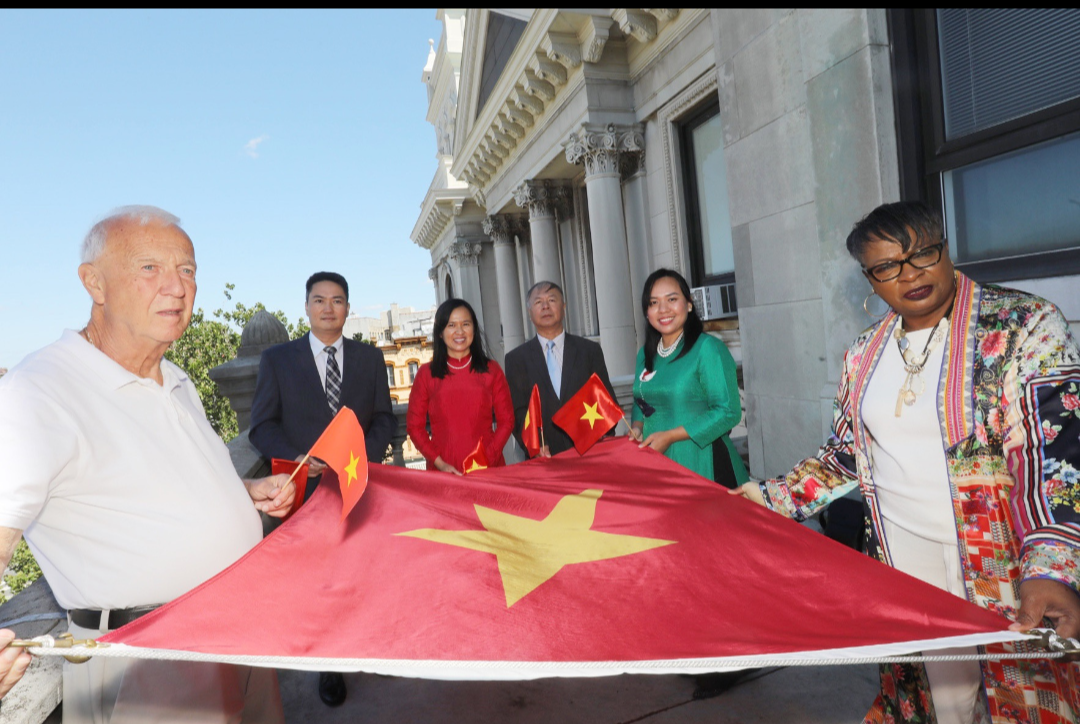 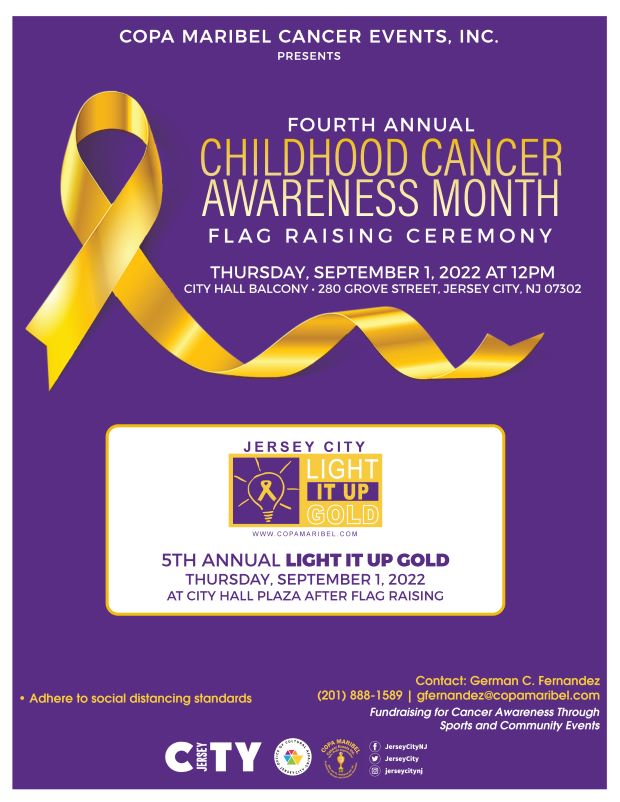 The City of Jersey City, Mayor Steven Fulop, the Municipal Council Members and the Office of Cultural Affairs are proud to honor Copa Maribel Cancer Events, Inc. as we recognize the 4th Annual Childhood Cancer Awareness Month during the Flag Raising Ceremony and its night ceremony for the  5th Annual Light It Up Gold on Thursday, September 1, 2022. 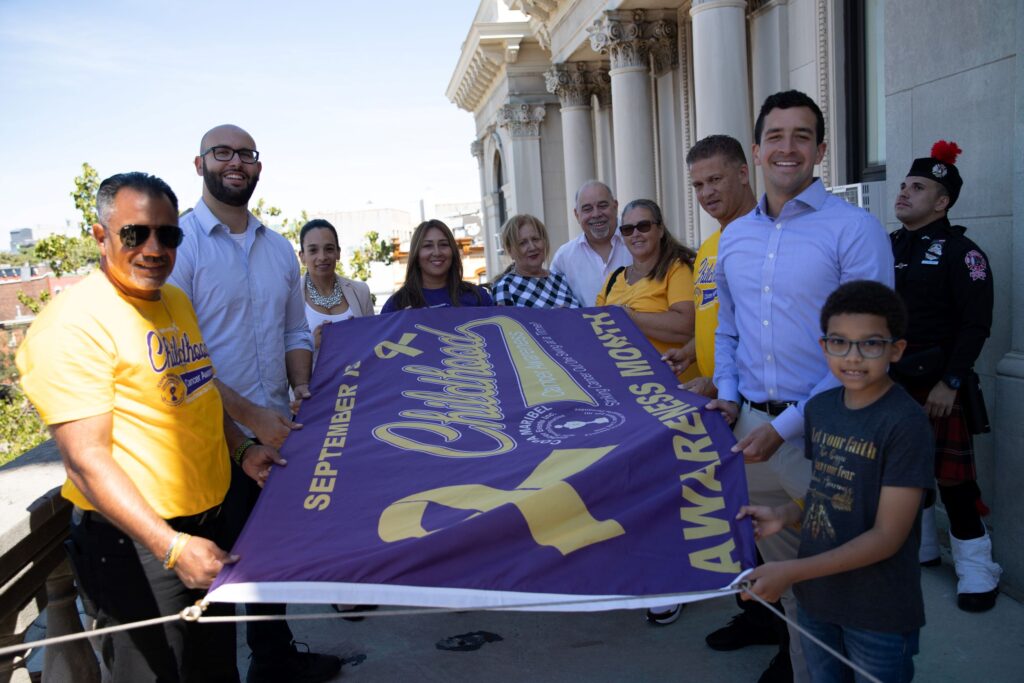